What is multiple system atrophy? 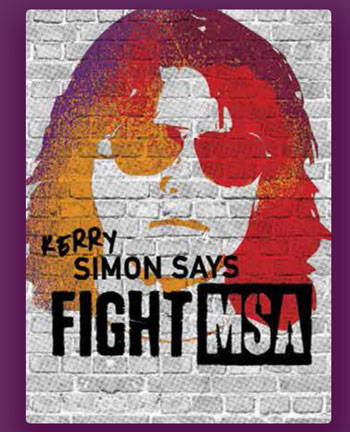 Multiple system atrophy (MSA) is a progressive neurodegenerative disorder characterized by a combination of symptoms that affect both the autonomic nervous system (the part of the nervous system that controls involuntary action such as blood pressure or digestion) and movement. The symptoms reflect the progressive loss of function and death of different types of nerve cells in the brain and spinal cord.

Symptoms of autonomic failure that may be seen in MSA include fainting spells and problems with heart rate, erectile dysfunction, and bladder control. Motor impairments (loss of or limited muscle control or movement, or limited mobility) may include tremor, rigidity, and/or loss of muscle coordination as well as difficulties with speech and gait (the way a person walks). Some of these features are similar to those seen in Parkinson’s disease, and early in the disease course it often may be difficult to distinguish these disorders.

MSA is a rare disease, affecting potentially 15,000 to 50,000 Americans, including men and women and all racial groups. Symptoms tend to appear in a person’s 50s and advance rapidly over the course of 5 to 10 years, with progressive loss of motor function and eventual confinement to bed. People with MSA often develop pneumonia in the later stages of the disease and may suddenly die from cardiac or respiratory issues. While some of the symptoms of MSA can be treated with medications, currently there are no drugs that are able to slow disease progression and there is no cure.   MSA includes disorders that historically had been referred to as Shy-Drager syndrome, olivopontocerebellar atrophy, and striatonigral degeneration.

Doctors divide MSA into two different types, depending on the most prominent symptoms at the time an individual is evaluated:

MSA tends to progress more rapidly than Parkinson’s disease, and most people with MSA will require an aid for walking, such as a cane or walker, within a few years after symptoms begin. Additional symptoms of MSA include:

Some people with MSA may experience feelings of anxiety or depression.

What causes MSA?   The cause of MSA is unknown. The vast majority of cases are sporadic, meaning they occur at random. A distinguishing feature of MSA is the accumulation of the protein alpha-synuclein in glia, the cells that support nerve cells in the brain. These deposits of alpha-synuclein particularly occur in oligodendroglia, a type of cell that makes myelin (a coating on nerve cells that lets them conduct electrical signals rapidly). This protein also accumulates in Parkinson’s disease, but in nerve cells. Because they both have a buildup of alpha-synuclein in cells, MSA and Parkinson’s disease are sometimes referred to as synucleinopathies. A possible risk factor for the disease is variations in the synuclein gene SCNA, which provides instructions for the production of alpha-synuclein. 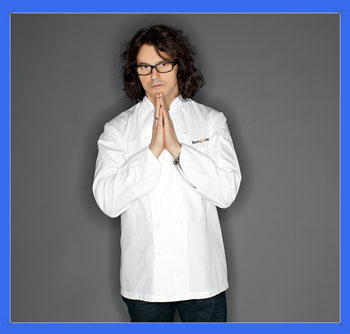 How is MSA diagnosed?   Making a diagnosis of MSA can be difficult, particularly in the early stages, in part because many of the features are similar to those observed in Parkinson’s disease.   After taking a clinical history and performing a brief neurological examination, a doctor may order a number of tests to help make the diagnosis. These tests might include autonomic testing (such as blood pressure control, heart rate control), assessment of bladder function, and/or neuroimaging such as an MRI (magnetic resonance imaging) or PET scan. An MRI of the brain may identify changes, which might suggest MSA or rule out other causes of the observed symptoms. A PET scan (positron emission tomography, which allows doctors to see how organs and tissues are functioning) is sometimes used to see if metabolic function is reduced in specific parts of the brain. DaTscan can assess the dopamine transporter in a part of the brain called the striatum and can help physicians determine if the condition is caused by a dopamine system disorder; however this test cannot differentiate between MSA and Parkinson’s disease. Individuals with MSA typically do not have sustained improvement in their symptoms with levodopa (a drug used to treat Parkinson’s disease), a finding that often supports the diagnosis of MSA.

How is it treated?   Currently, there are no treatments to delay the progressive neurodegeneration of MSA, and there is no cure. There are treatments to help people cope with the symptoms of MSA.   In some individuals, levodopa may improve motor function; however, the benefit may not continue as the disease progresses.

The fainting and lightheadedness from orthostatic hypotension may be treated with simple interventions such as wearing compression stockings, adding extra salt and/or water to the diet, and avoiding heavy meals. The drugs fludrocortisone and midodrine sometimes are prescribed. In 2014, the U.S. Food and Drug Administration approved the medication droxidopa for the treatment of orthostatic hypotension seen in MSA. Dihydroxyphenylserine helps to replace chemical signals called neurotransmitters, which are decreased in the autonomic nervous system in MSA. Some medications used to treat orthostatic hypotension can be associated with high blood pressure when lying down; so affected individuals may be advised to sleep with the head of the bed titled up.

Bladder control problems are treated according to the nature of the problem. Anticholinergic drugs, such as oxybutynin or tolteridine, may help reduce the sudden urge to urinate. Fixed abnormal muscle postures (dystonia) may be controlled with injections of botulinum toxin.

Sleep problems such as REM sleep behavior disorder can be treated with medicines including clonazepam, melatonin, or some antidepressants.

Some individuals with MSA may have significant difficulties with swallowing and may need a feeding tube or nutritional support. Speech therapy may be helpful in identifying strategies to address swallowing difficulties.

Individuals may eventually need assistive devices such as walkers and wheelchairs. Occupational therapists help with home safety and learning new ways to address activities of daily living such as dressing and eating.

What research is being done?   The mission of the National Institute of Neurological Disorders and Stroke (NINDS) is to seek fundamental knowledge about the brain and nervous system and to use that knowledge to reduce the burden of neurological disease. The NINDS is a component of the National Institutes of Health (NIH), the leading supporter of biomedical research in the world. The NINDS and other NIH institutes support research on spinal muscular atrophy and related disorders.

Researchers hope to learn why the protein alpha-synuclein accumulates in glial cells in MSA and neuronal (nerve) cells in Parkinson’s disease. Recent studies have demonstrated that the alpha-synuclein taken from brain tissue of patients with MSA is a potent inducer of alpha-synuclein clumping when injected into the brain of experimental animals. One exciting area of ongoing research is aimed at blocking the spread of this protein-clumping problem throughout the brain.

MSA and other debilitating movement disorders are often hard to distinguish from one another. NINDS-funded scientists are using high-definition diagnostic imaging of the basal ganglia and cerebellum—parts of the brain that control movement and other functions—to develop non-invasive trait markers that can distinguish MSA from other movement disorders and also track disease-specific changes in neurodegeneration over time. Other researchers are using diagnostic imaging of specific nerves in the brain and heart to measure the levels of several nerve cell types. These findings, along with results from standardized assessments including coordination tests and quality of life and symptom assessments, will be compared to other diseases (such as Parkinson’s disease) to gain a better understanding of the early course of MSA.

The NINDS and the NIH Office of Rare Diseases Research (a part of NIH’s National Center for Advancing Translational Sciences) sponsor the Autonomic Disorders Consortium, which is part of the Rare Disease Clinical Research Network. The Consortium aims to better understand the natural history of multiple system atrophy and other rare autonomic disorders, develop novel therapies, and create patient registries and data/specimen banks. Consortium members also train physicians and scientists in the investigation and treatment of rare autonomic disorders. For more information, see www.rarediseasesnetwork.org/ARDCRC/patients/learnmore/MSA/index.htm. This group of researchers conducted a clinical trial to assess whether the drug rifampicin can slow the progression of MSA. Unfortunately, the study did not show the drug is effective. However, the investigators demonstrated that it is feasible to conduct multi-center clinical trials involving a rare disorder such as MSA. Important data were obtained from this trial, which can be expected to aid in the design of future trials.

Additionally, MSA is one of the diseases being studied as part of the NINDS Parkinson’s Disease Biomarkers Program (https://pdbp.ninds.nih.gov/). This major NINDS initiative is aimed at discovering ways to identify individuals at risk for developing Parkinson’s disease and related disorders and to track the progression of the disease. Identifying biomarkers (signs that may indicate risk of a disease and improve diagnosis) will speed the development of novel therapeutics.

Additional research on neurodegenerative diseases such as multiple system atrophy can be found using NIH Reporter (https://projectreporter.nih.gov/reporter.cfm), a searchable database of current and past research projects supported by NIH and some other federal agencies. Reporter also includes links to publications and patents citing support from these projects.